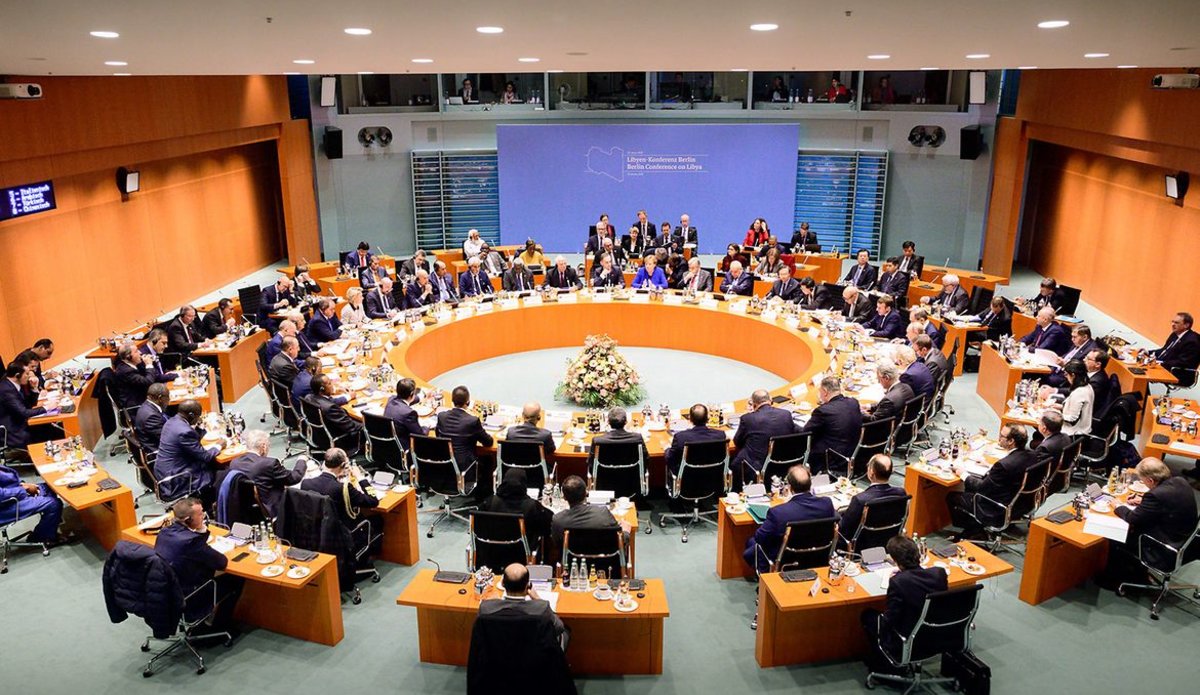 A process of consultation on Libya was initiated in September 2019 by the German government and Ghassan Salamé, the Special Representative of the UN Secretary-General. The Berlin process is Step 2 of the three-step initiative announced by SRSG Salamé to the Security Council on 29 July.  The United Nations co-chaired the process alongside the Government of Germany which generously hosted the event and provided strong diplomatic support.

On 19 January 2020, the Berlin International Conference on Libya, at the invitation of Chancellor Angela Merkel, gathered the Governments of Algeria, China, Egypt, France, Germany, Italy, Russia, Turkey, the Republic of the Congo, United Arab Emirates, the United Kingdom and the United Sate of America and High Representatives of the United Nations, including the UN Secretary-General and his Special Representative for Libya, the African Union, the European Union, and the League of Arab States.

The Conference’s main objectives are to forge a consensus among concerned member states on the Libyan crisis and pave the way for and secure an international umbrella to protect intra-Libyan discussions over the future of the country.