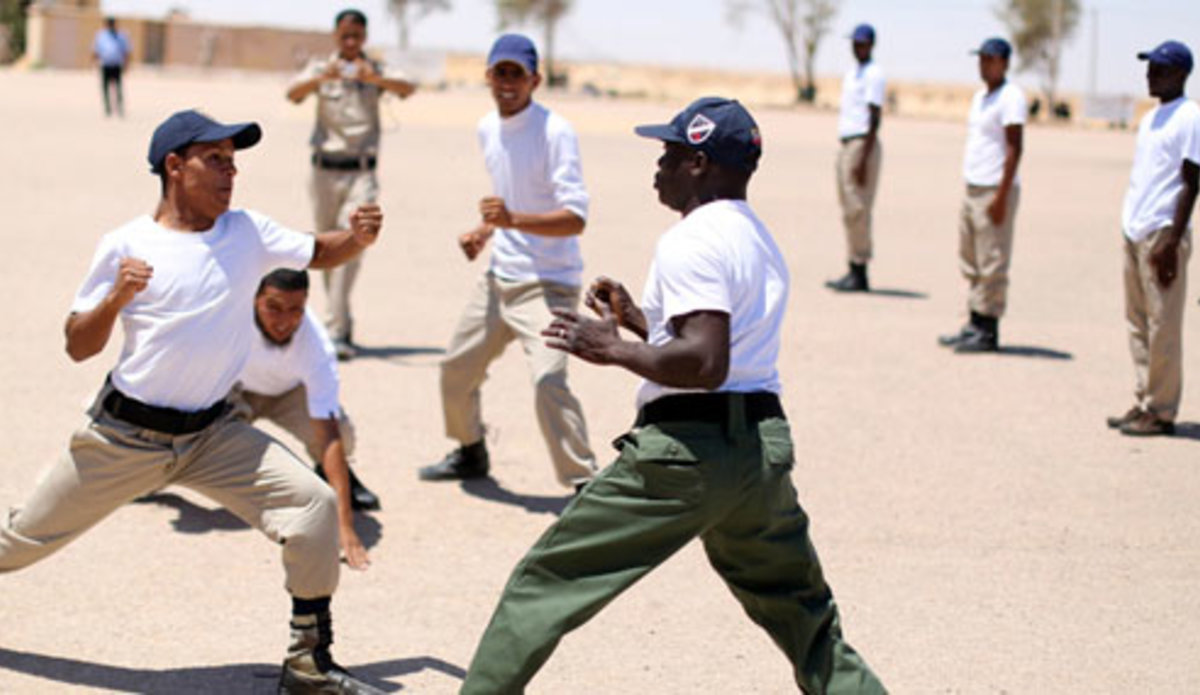 Following the events of 2014 and new United Nations Security Council Resolutions (most recently UNSCR 2323 of December 2016), SIS now supports the Government of National Accord (GNA) in implementing the Libyan Political Agreement (LPA) and is particularly focused on assisting Libyan security arrangements through key security institutions. It mediates between both state and non-state actors, secures uncontrolled arms and related materiel, engages in counter-proliferation; and maximizes the coordination of international responses and support to the security sector.

Despite political, security and logistical challenges, the Security Institutions Division has remained engaged since 2014 and progressively strengthened its efforts to assist Libya in ending the armed conflict. It has stabilized security; peacefully resolved differences between both state and non-state forces; encouraged armed groups to support the political process; mediated ceasefires and humanitarian safe corridors; and empowered and rebuilt capacity in the police, the army and other legitimate security forces.

With the direct support of the United Nations Mine Action Service (UNMAS), UNSMIL has continued to assist Libya in reducing the threat of improvised explosive devices and small-arms proliferation, light weapons and ammunition, through training and rallying international funding/assistance. With the help of a European Union planning cell, SIS provides significant support to Libya’s security planning and decision-making (including the development of state forces) and efforts to navigate the UN arms embargo and associated exemptions processes. SIS also provides substantial contributions to the UN and international community understanding of complex security dynamics.

SIS’s efforts have been underpinned by its ongoing credibility inside Libya and internationally, its broad range of security sector expertise, its long-standing networks and by the application of the fundamental principle of national ownership.