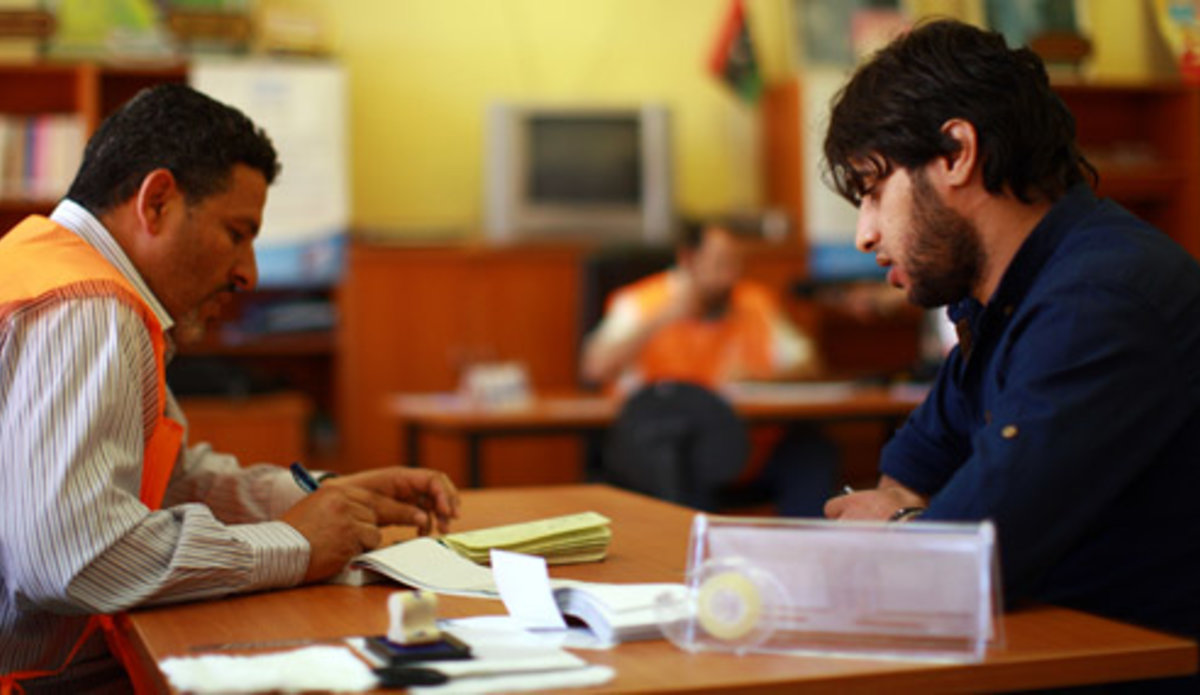 An election official registers the details of a voter at a school converted by the Libyan High National Election Commission into a registration center on Thursday 3 May 2012 in Tripoli.

UNSMIL provides support and advice to Libyan authorities, at their request, on the organization of elections, one of the cornerstones of Libya’s democratic transition as stipulated in the National Transitional Council’s Constitutional Declaration of 2011.

On 7 July 2012, the elections for the General National Congress took place, followed by those for the Constitution Drafting Assembly and the House of Representatives on 20 February and 25 June 2014, respectively. During the period, UNSMIL’s electoral section provided technical and operational advice to key interlocutors, primarily the High National Elections Commission (HNEC). UNSMIL also worked with relevant stakeholders and the Libyan population to build capacity and raise awareness on specific issues such as electoral systems, women’s participation and voter registration systems.

United Nations electoral assistance is a joint effort undertaken by both UNSMIL and the United Nations Development Programme (UNDP). An integrated team of United Nations international electoral advisors in Tunis, Libya and New York continues to support the Libyans, the HNEC and the national legislative body to implement the results of the transitional national elections and draft the electoral legal framework.

UNSMIL has the lead in coordinating electoral support provided by other international organizations and works closely with relevant UN entities to advise national electoral authorities on the inclusion of women in all aspects of the electoral process.